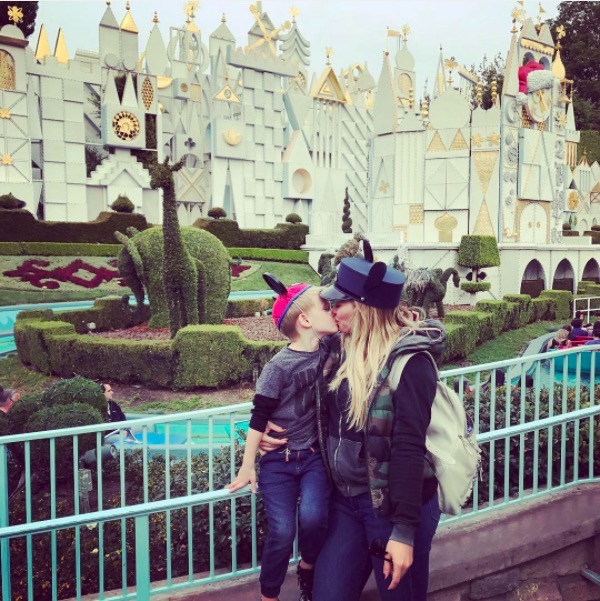 Hilary Duff took to Instagram to share a sweet shot with her son Luca at Disneyland Resort in Anaheim, CA on Monday.

In the shot, the Younger actress poses in front of “It’s a Small World” while holding and kissing her son affectionately. The duo both donned Mickey Mouse ears while at the park.

Duff recently revealed that she felt “pigeonholed” in the entertainment industry after having her son.

“I feel like I was judged for having a baby too soon, and getting married too soon and now, I’m pigeonholed for being a ‘mom,’ ”she told The Talk of giving birth at 24. “Lots of women in the industry that don’t have a child yet are judged.”