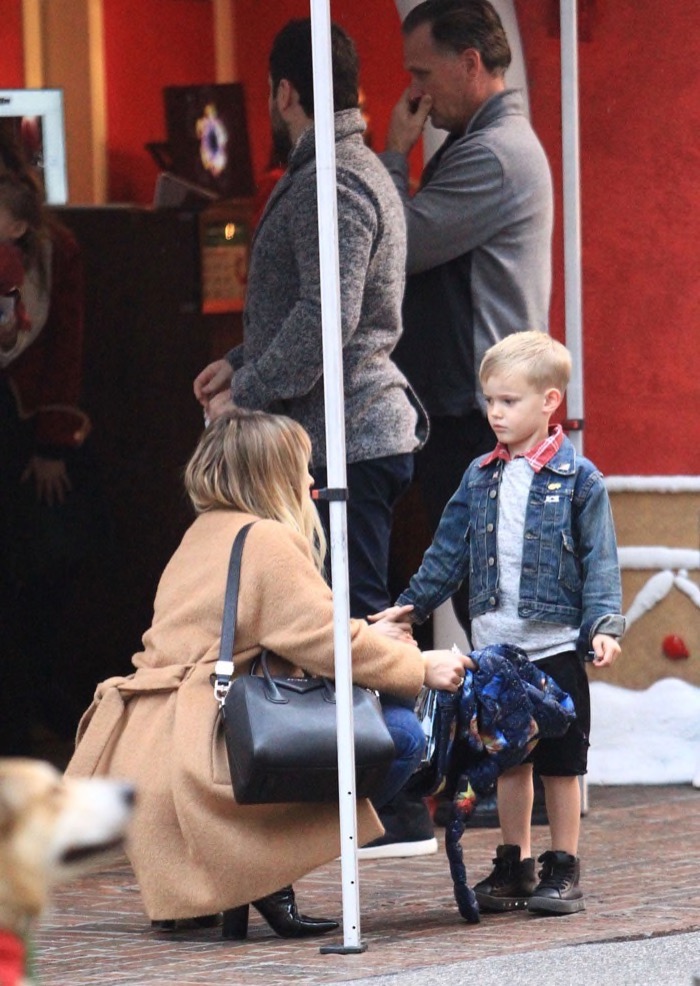 Hilary Duff and her ex-husband Mike Comrie were photographed taking their son Luca to visit Santa Claus at The Santa House at The Grove in Los Angeles, CA on Thursday (Dec.15).

The Younger actress dressed in a brown coat over a gray sweater and jeans paired with heeled boots. She and Comrie both waited in line and chatted while waiting for Luca to be seen by Santa.

Duff recently blasted online commentators who criticized her for kissing her son on the lips for a shot she shared via Instagram.

“For anyone commenting that a kiss on the lips with my four year old is ‘inappropriate’ go ahead and click a quick unfollow with your warped minds and judgment,” she said via Instagram in a written shot.