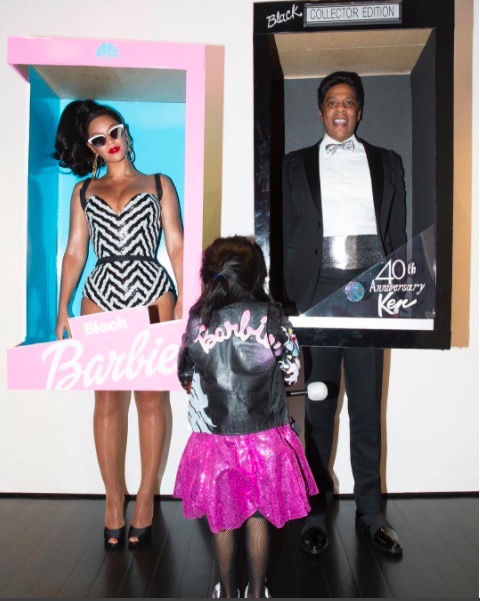 Beyonce & Jay-Z made their daughter Blue Ivy‘s dreams come true by dressing up as Barbie & Ken for Halloween.

In the shot that the singer shared via Instagram, she is dressed as vintage Barbie while encased in a ‘black Barbie’ box. Jay-Z wears the traditional Ken tuxedo while inside a box with the words “Black Collector Edition” and “40th Anniversary Ken” written on it.  The 4-year-old is a mini-Barbie as she looks at her parents in the photo.

This was the family’s second Halloween costume.

On Saturday, Beyonce recreated Salt-N-Pepa’s “Push It’ look with her daughter and her mom, Tina Lawson, while Jay-Z dressed as Dwayne Wayne from A Different World.

Blue Ivy is the couple’s only child.

Beyonce and the rapper married in 2008.