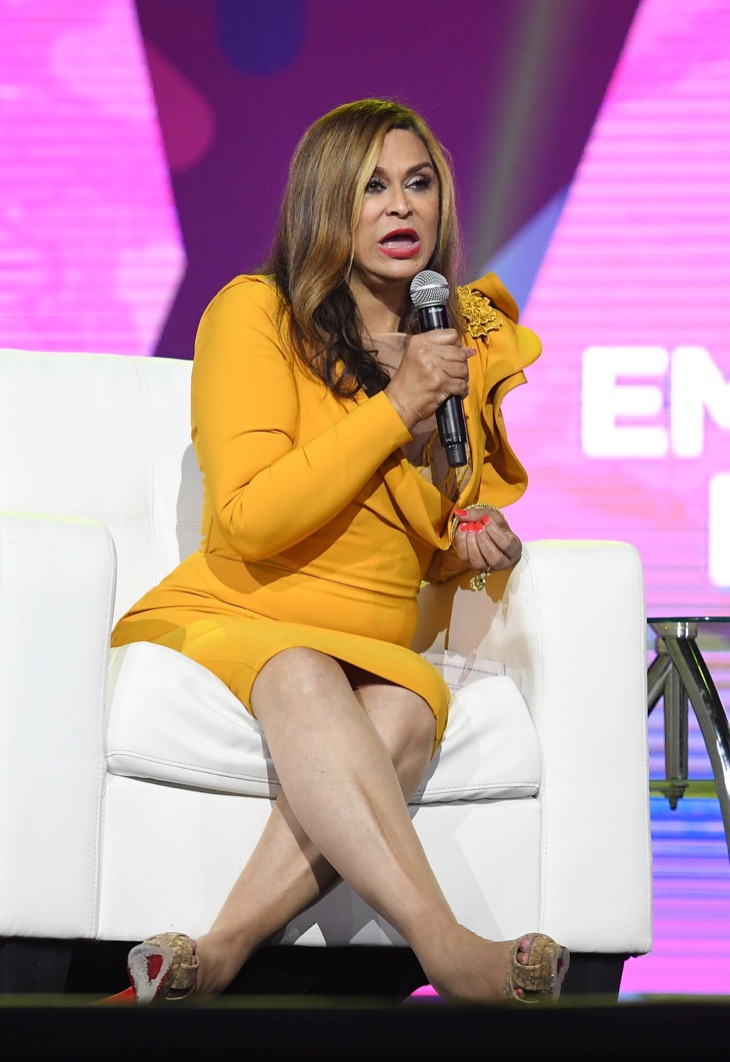 For Tina Knowles, being a grandmother is twice as nice for her new grandson Sir and granddaughter Rumi. The fashion stylists opened up about her daughter Beyonce and Jay-Z’s new twins, saying their family definitely feels complete at home. The couple also have a 5-year-old daughter, Blue Ivy.

In an interview with Entertainment Tonight, Tina says that the entire family is settling down well to their new routine. She even said that Blue Ivy is a hands-on sister to her younger brother and sister.

Beyonce recently left her fans in a tizzy when she debuted her twins Sir and Rumi on Instagram. And in true Beyonce style, she did it like the celebrity mom and Queen Bey that she is. She wore a colorful ensemble that that included a Palomo Spain dress and a blue veil. She’s holding the twins in her arms with a floral arch behind her.

The proud new mother captioned her photo with, “Sir Carter and Rumi 1 month today.” The pic has so far received over 9.5 million likes on social media.

Back in 2013, Beyonce opened up about becoming a first time mom. She also said that she loved being pregnant with Blue Ivy as it was the best feeling in the world for her.

She told Vogue Magazine, “I felt very maternal around eight months. And I thought I couldn’t become any more [maternal] until I saw the baby. …But it happened during my labor because I had a very strong connection with my child.”

Check back with CBL for all the latest news on Beyonce and all of your favorite celebrity moms and tots right here!