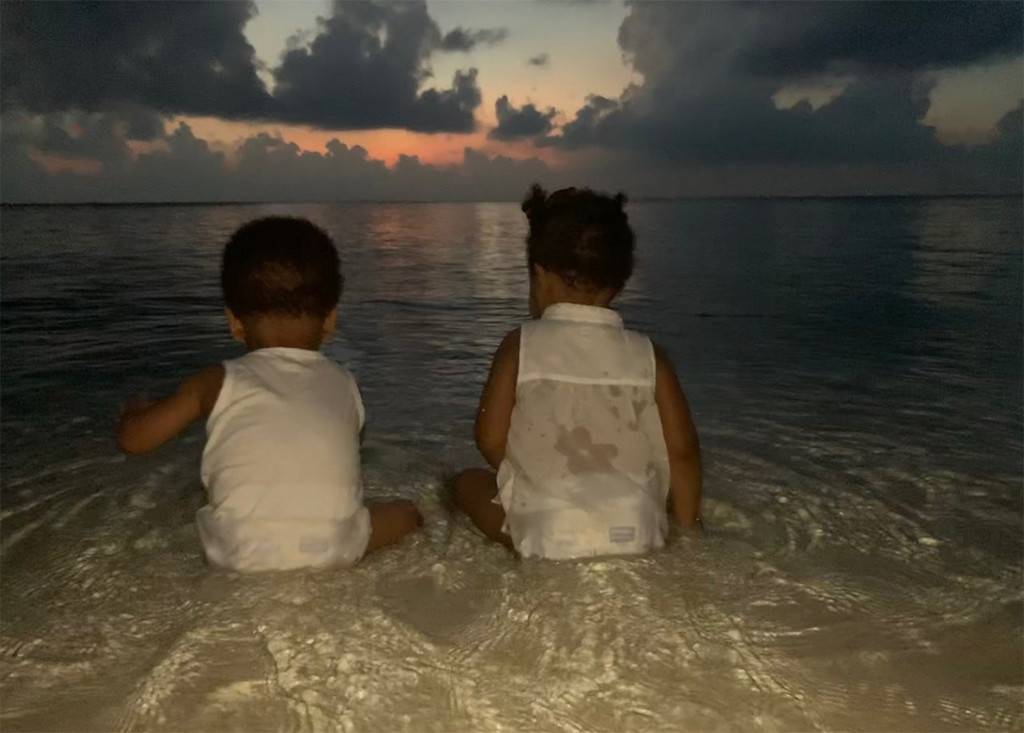 Beyonce has finally given the world another glimpse of her 18-month-old twins, Rumi and Sir Carter. The celebrity mom and chart topper shared photos from their family’s vacation and from what we can tell, she is definitely crazy in love with her babes!

The Grammy winner shared two new behind-the-scenes photos on her official website this past week. The photos appear to be taken during Beyonce and Jay-Z’s recent trip to South Asia. One photo shows a sweet mother and daughter moment on the beach while the other one shows Rumi and Sir having a good time in the ocean while wearing matching white outfits.

The last time Beyonce’s fans got to see her twins was last summer during a video shoot for Vogue magazine. The singer has made it no secret that she feels “more fulfilled” as a mother now than ever before. The ‘Crazy In Love’ hitmaker and Jay-Z also have a daughter, Blue Ivy, who will turn 8 in January.

“I felt like God was giving me a chance to assist in a miracle. There is something so relieving about life taking over you like that,” she said in her HBO documentary Life If But A Dream. “You’re playing a part in a much bigger show. And that’s what life is. It’s the greatest show on Earth.”

Beyonce and Jay-Z don’t often share photos of their children but when they do, their fans can’t get enough of them! In the meantime, let us know what you think by leaving us a line with your thoughts in our comments section below. And as always, don’t forget to check back with Celeb Baby Laundry for all the latest news and updates on all of your favorite celebrity moms and tots right here.