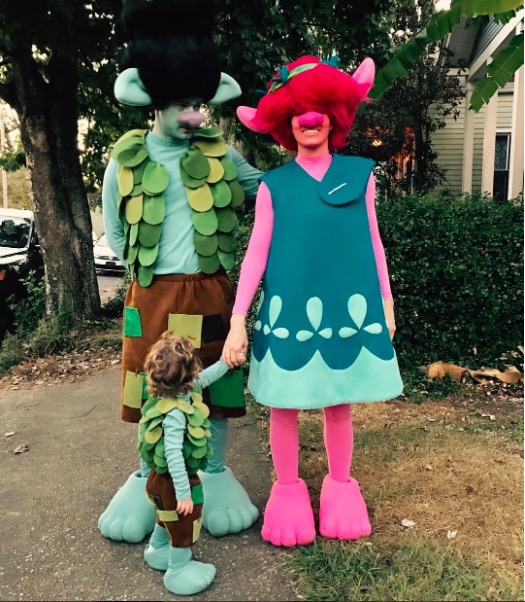 Jessica Biel, her husband Justin Timberlake and their son Silas dressed up as Trolls for Halloween.

The Au Fudge owner shared a sweet photo of the family via Instagram on Monday night. She is dressed as Poppy and Timberlake as Branch, the character in which he voices in the animated film. The 1-year-old who is in a Lil’ Branch costume looks at his dad while holding his mom’s hand.

Timberlake also shared a shot of their night out via Instagram.

When you make your whole family dress up as the characters from the movie you're in but your wife secretly loves it and your son won't keep his troll wig on… Shoutout to @jessicabiel #2BranchsandaPoppy #Trolls #didIuseaholidayforselfpromo Happy Halloween, everybody!!!!

Timberlake has said that becoming a parent has taught him never to stop learning.

“(Having kids) changes everything. You literally just like wake up in the morning, look in the mirror and go, I have no idea what I’m doing. And, uh, it changes everything,” he said of his 1-year-old son, Silas. “They teach you. It’s crazy … it’s humiliating and it’s humbling at the same time.”

They couple became engaged in December 2011. A year later they married at Borgo Egnaziaresort in Fasano, Italy.