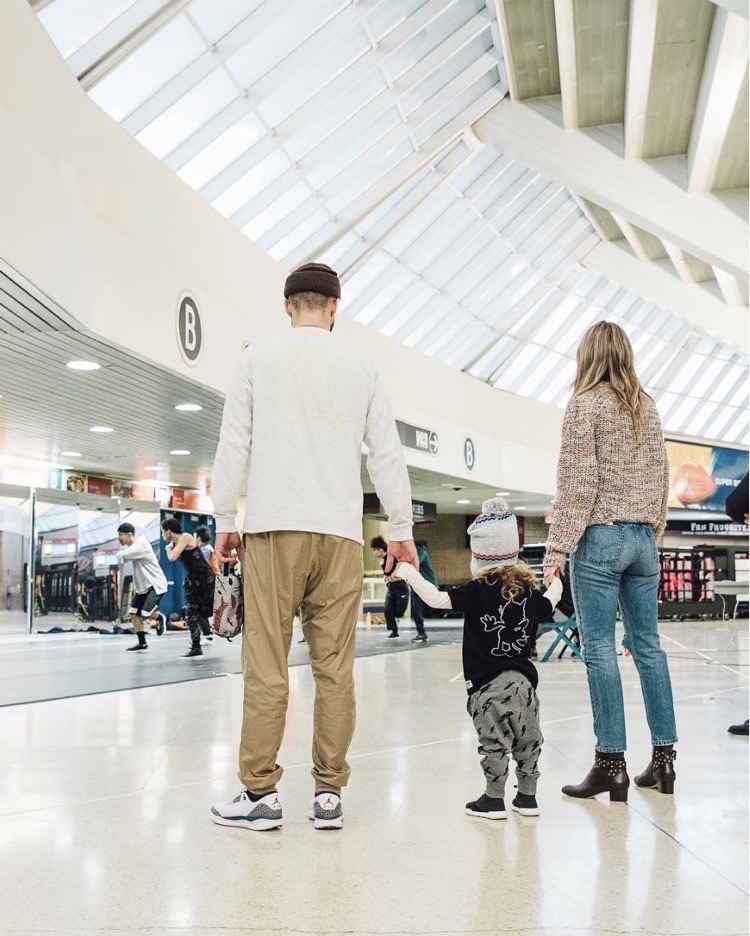 Justin Timberlake shared a shot of himself, wife Jessica Biel and their son Silas ready to embark on his world tour after arriving at the airport.

“Goin’ on tour. #MOTWTOUR,” the singer captioned the shot via Instagram.

He will be performing songs off his new album Man of the Woods during his tour.

While promoting his album, Timberlake said his new songs were inspired by his wife and his almost three-year-old son.

“I talk about everything before Man of the Woods is aspiration and then Man of the Woods really is inspiration because when you have kids, all of a sudden you’re faced with your own childhood, good and bad,” he explained during the Beats 1 interview. “And, ‘Am I going to completely mess this kid up?’ ”

“I feel like the success of parenthood is feeling like I failed all day today, but I get to wake up tomorrow and do it again … and hopefully they turn out to be a good human being.”

Silas’ name also translates to ‘man of the woods’ in Latin.

Timberlake and Biel married in 2012.

8 Tips To Help You Not Wait At Disney