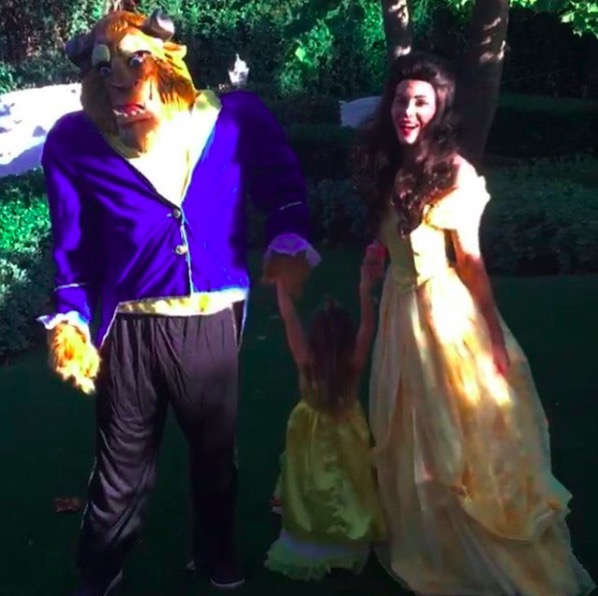 In an Instagram shot shared by his wife Jenna Dewan-Tatum, the Hail, Caesar! actor is dressed as the Beast from Disney’s 90’s animated film Beauty and the Beast. Dewan-Tatum and Everly are dressed as Belle.

“Two belles and a beast,” Dewan-Tatum captioned the photo.

The actress opened up about the 3-year-old’s Halloween costumes choices before the big night.

“We let Evie pick our costumes and her costume, so every day it’s something new,” she told InStyle. “She wants me to be Princess Jasmine, I think again. That’s what I was last year too. And she wants to be Pinkie Pie, the My Little Pony. And I think she wants Chan to be Prince Eric from Little Mermaid. We’re in a very serious princess phase at the moment.”

“I’m definitely not going to be with a sewing machine making the costumes,” she added. “I wouldn’t even know where to begin. I could probably find the stuff on Melrose and do my costume, but there’s just no me and a sewing machine, that’s for sure.”

Dewan and Tatum have been married since 2009.