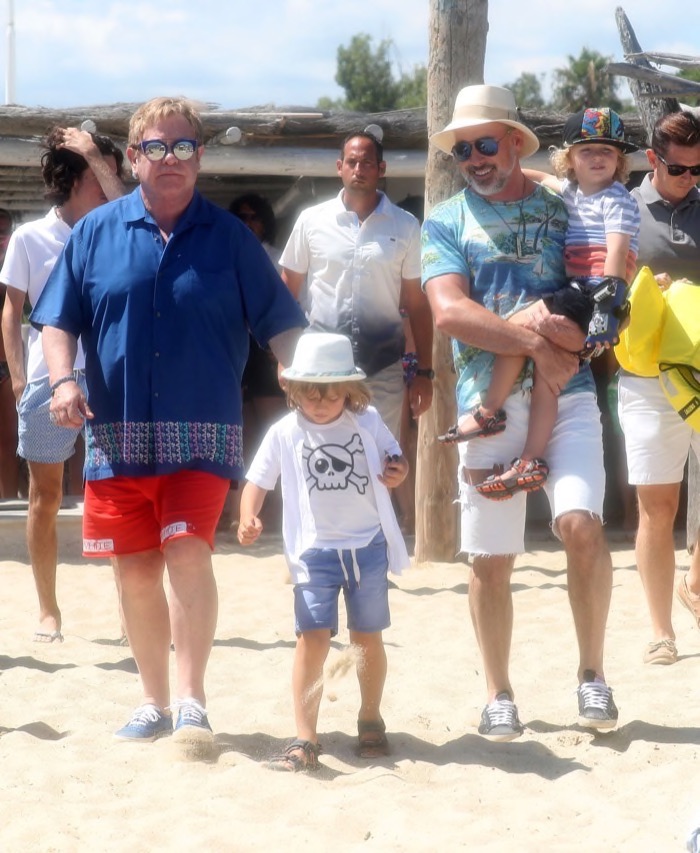 Elton John and husband David Furnish were photographed enjoying their yearly vacation to Saint Tropez, France with their sons Zachary and Elijah at Club 55 on Friday (Aug. 12).

The singer was dressed casually in a blue beach shirt and red swim trunks with sneakers. He guided Zachary down the beach while Furnish held Elijah.

John recently visited Durban, South Africa to campaign for the fight against HIV and Aids

The superstar, who heads up the Elton John AIDs Foundation joined Pepfar, the US president’s emergency plan for AIDS relief.

“We will help them on the ground,” he told. “With these countries sometimes, who knows, it might take 50 years, but I guarantee it will change.

“You might have to fight for your own life but it will be worth it because in the end, you will win. In the 60s in England you were prosecuted for being homosexual. Most people who could afford it went to north Africa to have sex or were arrested in public toilets. Now I can be married to my partner. Things can change.”

He officially pledged to create a $10million fund to support LGBT Africans who are stigmatised and penalized.