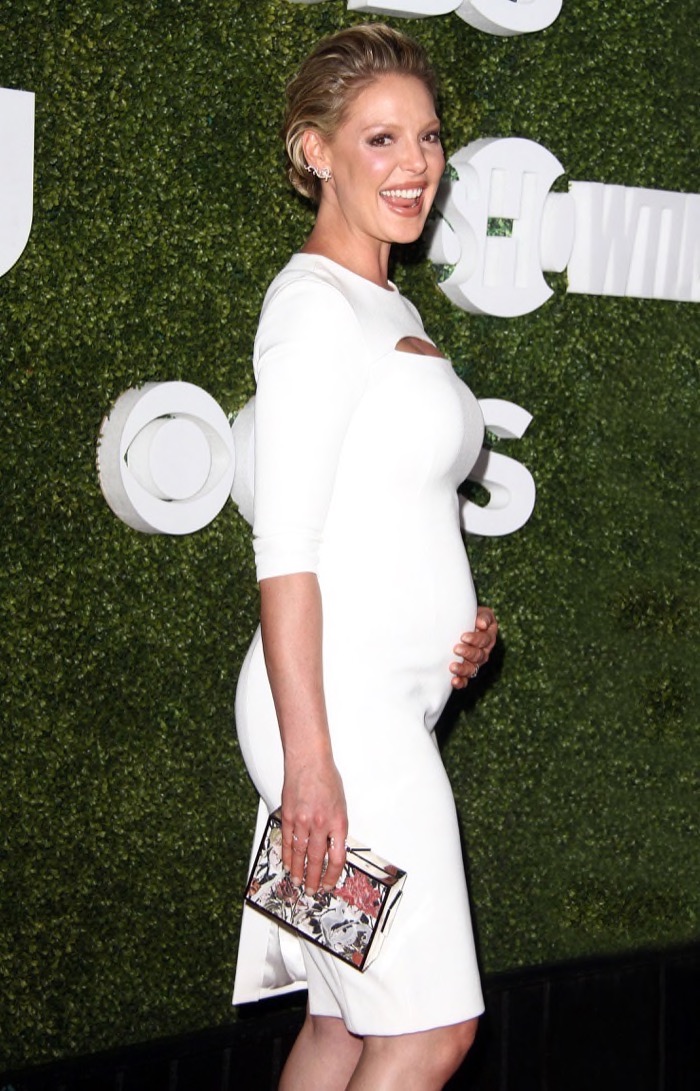 The pregnant Doubt actress wore a white form-fitting dress and beige heels paired with a clutch. She posed for pictures while cupping her tiny bump.

While promoting her new TV series, Heigl explaining that her cravings are on another level.

“The sugar thing has been really bad, and I’m not generally a sugar person,” the actress admitted. “I mean, on occasion I’ll have dessert, but every day—I mean, if you put a cinnamon roll in front of me, it could get ugly.”

Heigh is married to Josh Kelley.