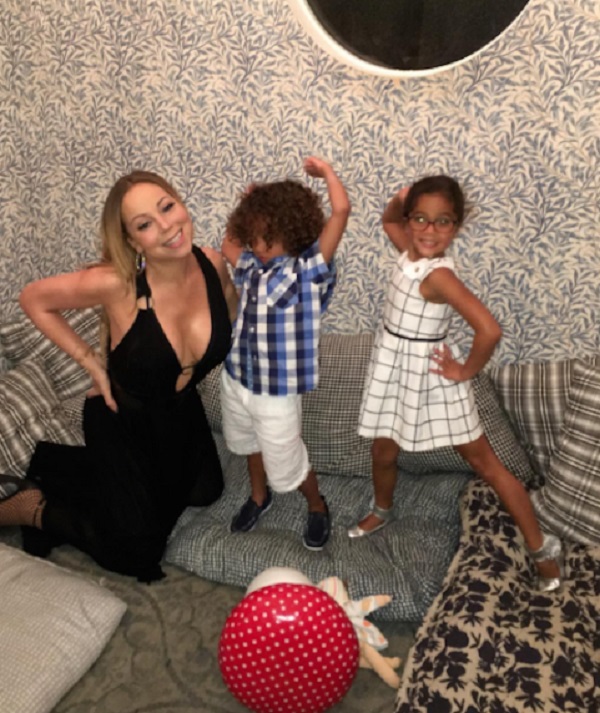 Singer, actress, reality TV star and first and foremost MOM, Mariah Carey shared an adorable snapshot on Instagram of herself posing with her twins Moroccan and Monroe.  Mariah appeared to have been spending some quality time with her little ones – and the twins were having a blast.  Carey captioned the sweet photo, which was taken at hot spot Au Fudge, “Kids night out #demkids #alwaysbedembabies @aufudge.”

2016 has really been a big year for Mariah Carey.  Despite the fact that she is still in the midst of divorcing Moroccan and Monroe’s father Nick Cannon, the singer is happily engaged to James Packer.  Plus, Mariah’s career seems to be rejuvenated.  Not only is she starring in her own reality TV/documentary “Mariah’s World,” it was also announced this week that she also landed a guest role on the hit FOX series “Empire.”

Aside from her messy divorce and legal woes with her ex-husband Nick Cannon, Mariah Carey seems to be in a good place right now, and it shows!  Despite their issues, Nick and Mariah are determined to co-parent twins Moroccan and Monroe to the best of their abilities.

Carey explained in an interview with E! News, “It was nice because we did have their father, he came and we had a moment for Mother’s Day with his mom. It was cute.  So we try to keep it, the co-parenting so the kids can feel good about things like that and not feel like it’s any weirdness…It’s the right thing to do.”