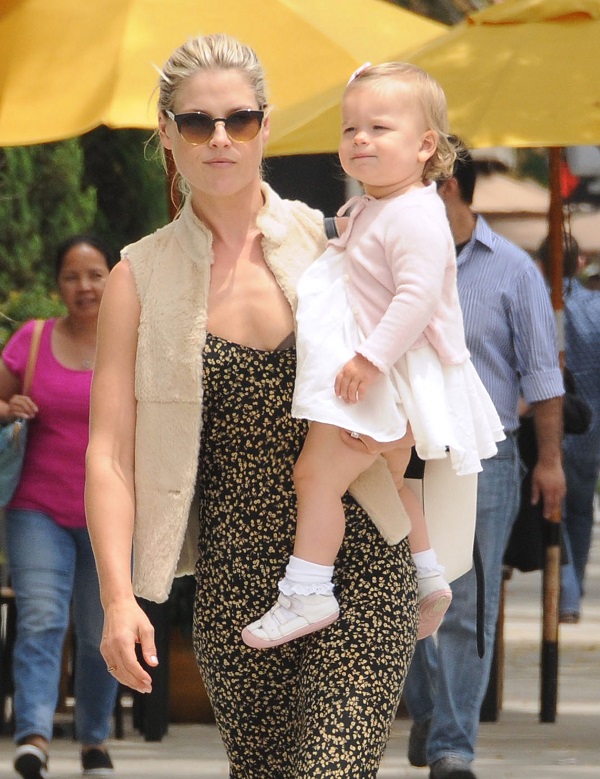 Actress Ali Larter had a super hot lunch date this weekend, her adorable baby girl Vivienne MacArthur.  Larter spotted out for lunch with her daughter Vivienne at the M Cafe in Beverly Hills, California on June 10, 2016.  The ‘Legends’ actress toted her almost 2 year old daughter in to the cafe, and the happy tot was all smiles, and dressed adorable in a white dress with a pale pink sweater.

Last week Ali took to Instagram to announces that she and Hayes had taken the kids to the Santa Monica Pie Aquarium to volunteer their time to help raise awareness for saving the oceans.  Larter thought it was important to spend some quality family time that incorporated giving back to the community.  Of course, what better place to get your kids excited about volunteer work than at an aquarium.  Larter shared photos of them posing at the aquarium, and a photo of her and Vivienne’s big brother Theodore reading a book to the kids there.

Ali Larter and Hayes MacArthur have a beautiful little family, and we love seeing Ali out and about with the kids.  Vivienne MacArthur is growing up so fast, it’s crazy that their baby girl is already talking and tottling around!