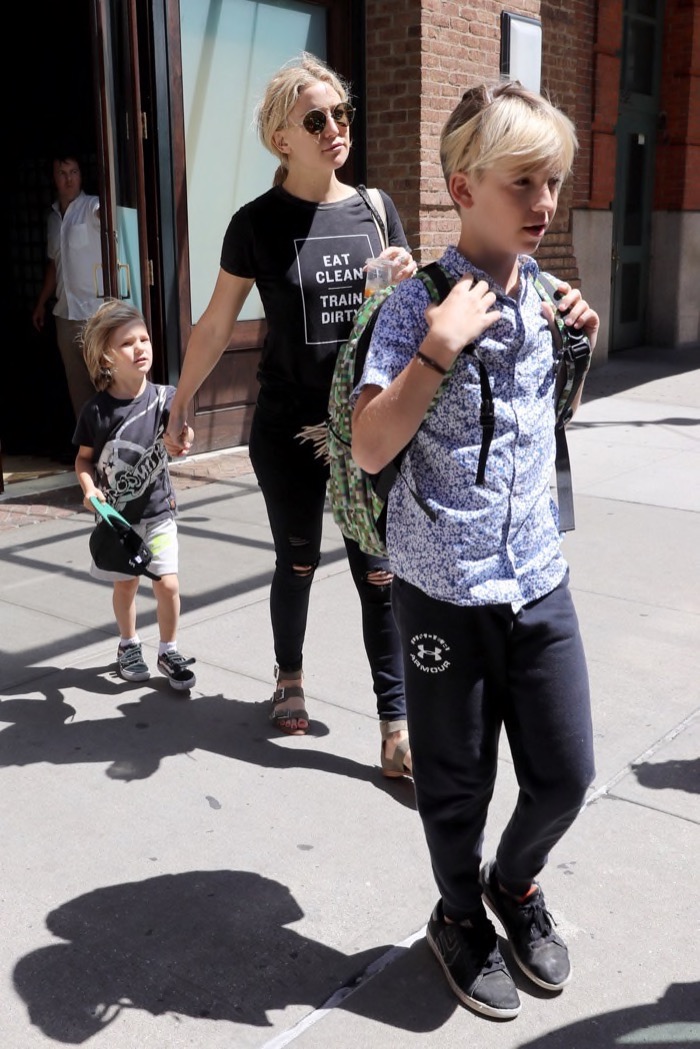 Kate Hudson was photographed leaving the Greenwich Hotel with her sons Ryder and Bingham in New York City on Sunday (June 12).

The Mother’s Day actress was dressed casually in a black t-shirt and ripped jeans with sandals. She held Bingham’s hand as Ryder led the way to their waiting car.

“His hormonal moods are so fun for me, because it makes for so much comedy!” she told Chelsea Handler. “I tried to hold Ryder’s hand the other day in public, and he was like, ‘Mom, please don’t’. And then I just grabbed his hand, like, ‘I’m gonna grab your hand!’ And it became funny.”

Baby-Wearing Made Easy With The LÍLLÉbaby COMPLETE