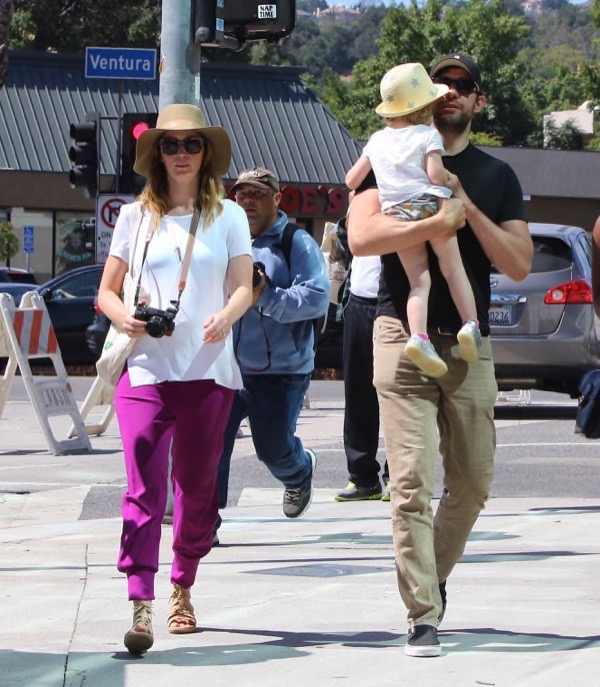 Emily Blunt and her husband John Krasinski were spotted enjoying a day at the Farmer’s Market with their daughter Hazel Krasinski in Studio City in Los Angeles, CA on Sunday (May 22).

The Huntsman: Winter’s War actress wore a white blouse and dark mauve maternity pants with sandals. She was all smiles while snapping pictures of Krasiniski playing with their daughter.

Last week, Blunt made news when she reunited with her former Devil Wears Prada co-star Anne Hathaway in Los Angeles.  The pair attended an event to honor the highly fashionable costumes and wardrobe that were featured in Hathaway’s new movie ‘Alice Through The Looking Glass.’

News that Blunt is pregnant made headlines in January.

She and Krasinski married in 2010.