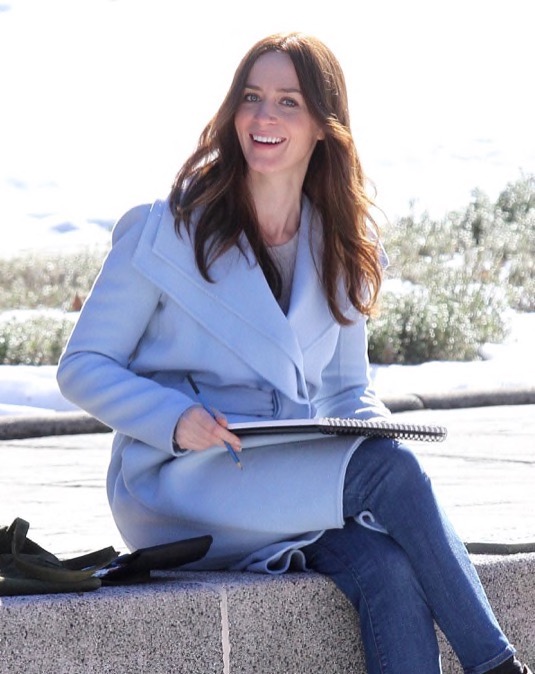 Emily Blunt was photographed filming scenes for the upcoming film, The Girl On The Train in New York City, New York on Tuesday (Feb. 2).

The pregnant actress was dressed in a baby blue dress jacket, jeans and booties. She was visited on set by husband John Krasinski and their daughter Hazel.

Last week, a rep for Blunt confirmed she was pregnant for the second time.

Krasinski recently joked about hoping to initiate future sibling rivalry for their daughter when asked if they were planning on having more children.

“Hopefully one day we will!” he said to Entertainment Tonight. “One day, I don’t know when. We’ve got to give her some competition at some point.”