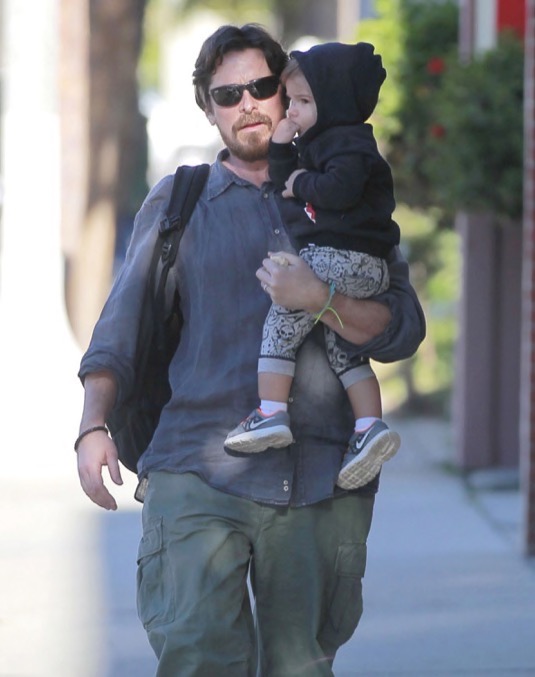 Christian Bale and his son Joseph were photographed spending the day together in Santa Monica, California on Tuesday (Feb. 2).

The Knight Of Cups actor was dressed casually in a navy button-up shirt and baggy army green pants. He affectionately carried the toddler while making their down the street.

This is the first appearance Bale has made in public with Joseph.  His wife Sibi Blazic gave birth to him in Aug. 2014.

Meanwhile, Bale is receiving rave review for his role in the upcoming film, Knight of Cups.