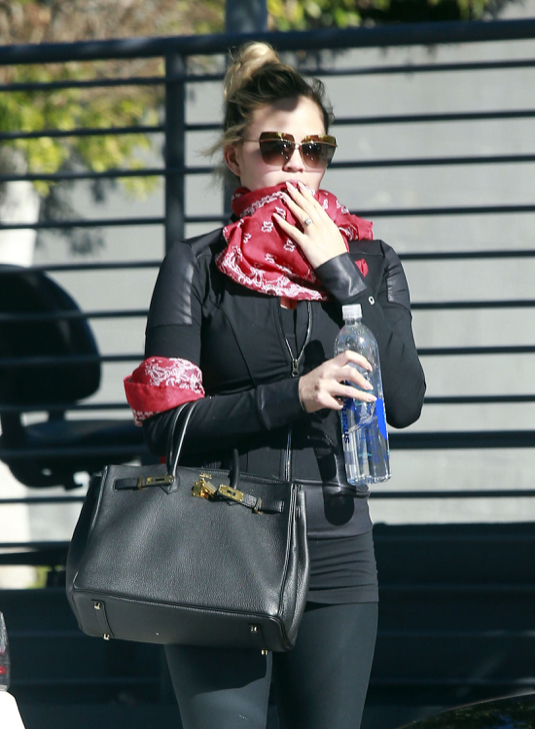 Chrissy Teigen was photographed leaving the gym in West Hollywood on Friday (Jan. 8).

The pregnant model was dressed in a black sweater, tights and running shoes. She covered her face with a motorcycle scarf and hid her bump with a large black bag.

Teigen’s husband singer John Legend recently revealed that they have not chosen a name for their future bundle of joy.

“We have a new name every day…we fall in love with it and then two days later we’re like no. They say sometimes you have to see the baby before you’re really sure,” he told E! News.

The couple announced their pregnancy in October.
Teigen revealed the news by taking Instagram to share a black and white photo of Legend putting his hands on her soon-to-be bump.
Image Credit: Fame/Flynet
Continue Reading