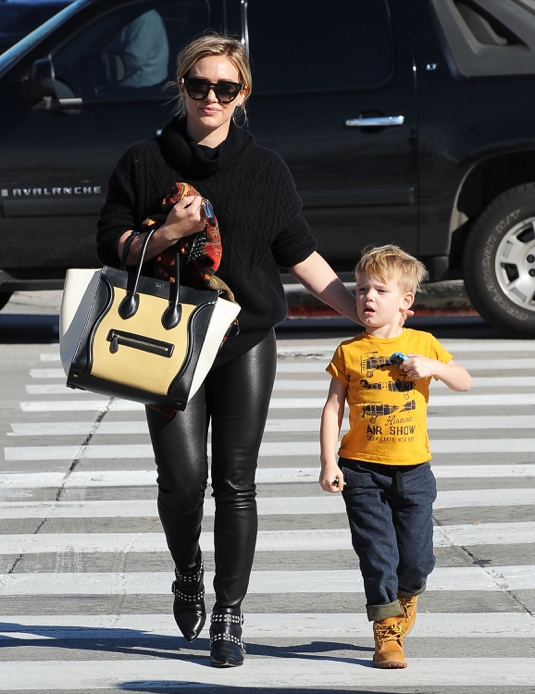 Hilary Duff was seen out and about with her son Luca in West Hollywood, CA on Friday (Jan. 8).

The Younger actress looked rocker chic in a black knit sweater, leather leggings and buckled booties. She carried a handbag in one hand and guided her growing youngster across the street with the other.

Since splitting with ex-husband Mike Comrie, Duff says she is not keen on marrying any time soon.

“I don’t want to say I wouldn’t get married again, but it’s not important to me,” she told Redbook. “I don’t feel I would need to be married to have another child. If I felt strongly enough toward someone or if someone felt strongly about it, I might say okay. But it’s not essential.”

Meanwhile, Duff and the rest of the Younger cast recently announced the series has been renewed for a 12-episode third season.

Liv Tyler Confirms Her Third Pregnancy – Will Steven Tyler Be In The Delivery Room Again?