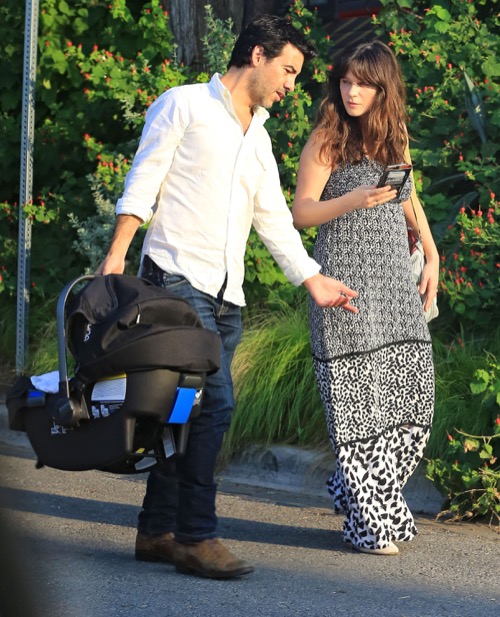 Guess what Zooey Deschanel named her baby! “New Girl” actress Zooey Deschanel and her husband Jacob Pechenik welcomed their baby girl in to the world in July 2015. Zooey was relatively private about her pregnancy, although she did show off her baby bump at a few major events. However, since she gave birth to her and Jacob’s first child – she has not shared any pictures of the three month old, or even what she named her!

New mom Zooey finally opened up about her baby girl on Monday October 19 at the “Rock The Kasbah” premiere in New York City – and she revealed that she and her husband Jacob named her “Elsie Otter.” Obviously, it’s probably the cutest name we have heard in a long time. But, when you hear Zooey’s explanation for giving her daughter “Otter” as a middle name, you will laugh out loud!

Parents to be spend months pouring over baby names and picking the perfect name for their newborn. Zooey’s explanation behind the name “Elsie Otter,” is awesome. Deschanel explained to US Weekly Magazine that she and Jacob just “really liked” the name Elsie. And, when they couldn’t settle on a middle name, they chose “Otter” just like the fuzzy critters – because they are their favorite animals. Seems legit. When Elsie gets old she will probably be grateful that her parents’ favorite animal was an otter, and not a gorilla or an elephant!

Regardless, we are sure that “Elsie Otter” is just as cute as her name – and we can’t wait to see her. Congratulations to Zooey Deschanel and Jacob Pechenik!