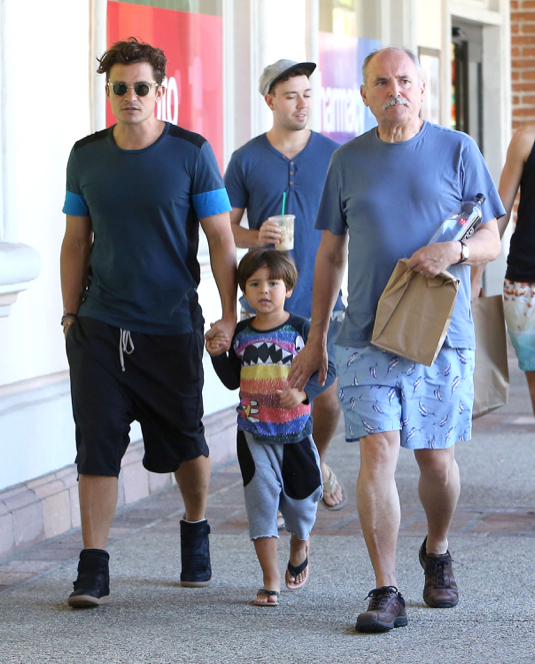 Orlando Bloom and his son Flynn were spotted out with his father Harry at CVS Pharmacy in Malibu, CA on Sunday (Sept. 13).

The Lord of the Rings star was dressed in a shirt and blue board shorts with running shoes while he held his son’s hand. The youngster also held his grandfather’s hand.

Bloom recently opened up about being a father.

“I want to have an impact on my son,” the British-born star told Glamour in January.“The most important thing in my life is to nurture, respect, and grow that relationship.”

In other news, Walt Disney have confirmed that Bloom will return for the fifth installment of Pirates Of The Caribbean.

In Pirates of the Caribbean: Dead Men Tell No Tales, he will reprise his role as Will Turner.

He played the character for three previous movies alongside Johnny Depp who will also star in the 2017 release.