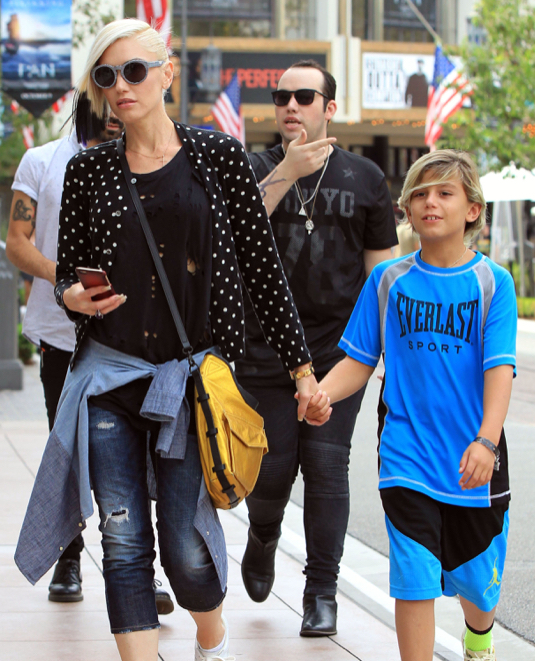 Gwen Stefani was spotted  shopping with her son Kingston in Los Angeles, CA on Saturday (Sept. 12).

The Voice mentor was dressed in a polka-dot jack, ripped black shirt, and capri jeans while sporting a funky hairstyle. Zuma wore a Everlast Sport outfit.

Rumors have been circulating that Stefani who recently separated from husband Gavin Rossdale is dating Blake Shelton.

“They’re trying to keep it on the down low, but it’s not happening partly because they’re all over each other,” an insider told Life & Style magazine of The Voice co-judges. “The chemistry between them is off the charts. Everyone on set sees that Blake and Gwen are falling for one another. They both just ended their respective marriages, and the pain they’ve endured from rumours of their spouses cheating has provided Blake and Gwen with something to commiserate over”

Stefani was married to Rossdale for 13 years and he is father of her three children.