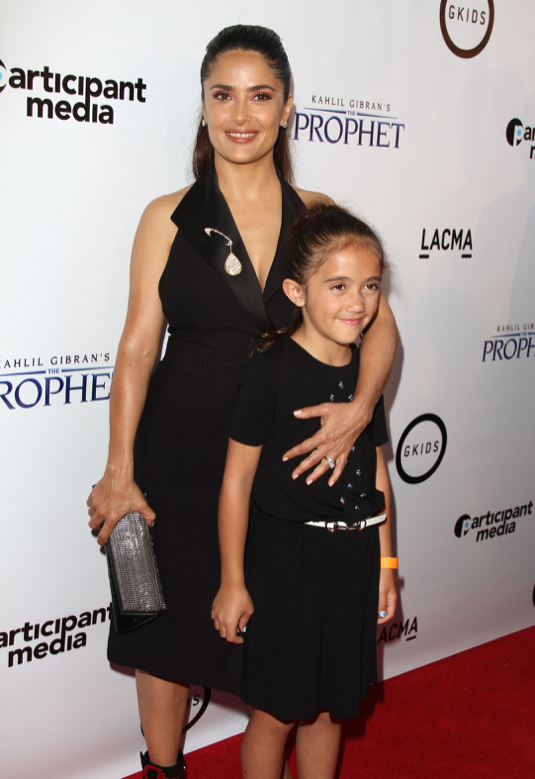 Salma Hayek and her daughter Valentina attended the premiere of Kahlil Gibran THE PROPHET at Lacma Bing Theater in Los Angeles, CA on Wednesday (July 29).

The actress who voices a character in the animated film, was dressed in a Balenciaga dress and Gucci shoes. Hayek embraced her daughter while posing for pictures.

While being interviewed, Hayek explained why she let her 7-year-old daughter attend the event.

“It’s actually a grandmother-mother-daughter date night,” Hayek told People. “My mom is also here. This film is for everybody.”

“I never do it. But it’s a special occasion. She suffered through Mommy not being around for so long with this one. She’s been a part of it because she had to sacrifice also for this film.”

Valentina also voices a character in the French version of the film.

The Best Back to School Books Every Young Child Needs