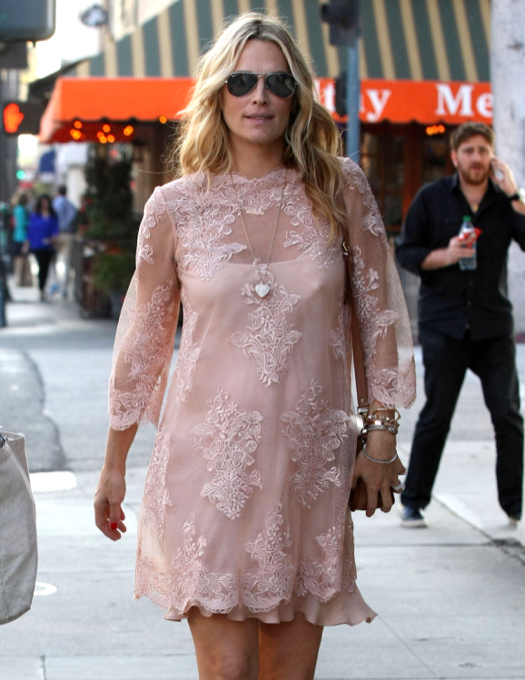 Molly Sims was spotted out for lunch at Le Pain Quotidien in Beverly Hills, CA on Tuesday (Feb. 17).

The actress was dressed in a pink lace and silk dress that showed off her baby bump. She accessorized her look with Aviator sunglasses, flats and a handbag.

Last week, Sims who is expecting a baby girl was the guest of honour at a baby shower thrown for her by friends.

The Las Vegas alum was joined by celeb friends Rachel Zoe, Ali Larter, Vanessa Minnillo. They sipped on mimosas and briefly gathered outside before it began to rain.

Kristen Bell on Vaccinating: I Believe in Trusting Doctors, Not Know-It-Alls

7 Fun Snow Day Activities to Do With Kids