Ali Larter Dresses Up her Bump While Shopping 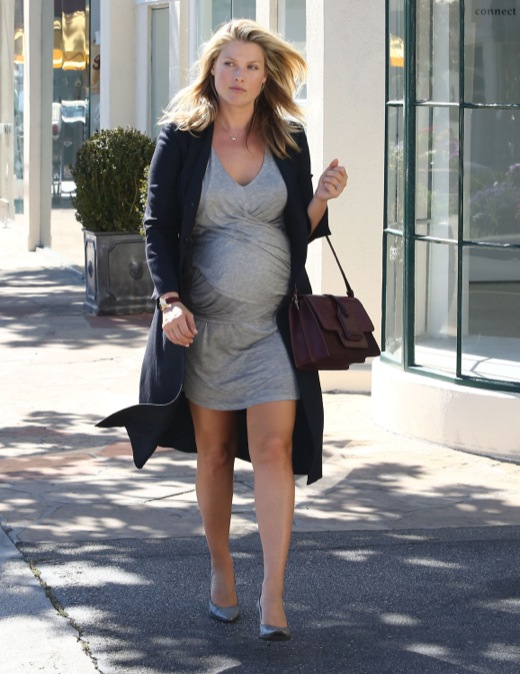 Ali Larter was photographed shopping at the Sunset Plaza in West Hollywood, CA on Monday (Oct. 6).

The You’re Not You actress was dressed up in a long coat and maternity dress that showed off her growing bump. She accessorized her look with a handbag and grey heels.

Larter says her second pregnancy is a different experience than it was when she was expecting her son, 3½-year-old Theodore Hayes.

“The first pregnancy was such a magical time, everything’s so new and enchanting,” she shares. “[Now] I’m working and running around … things don’t really slow down, so it’s a little bit less charming.”

The 39-year-old confirmed her pregnancy while appearing on The Tonight Show With Jimmy Fallon in August.