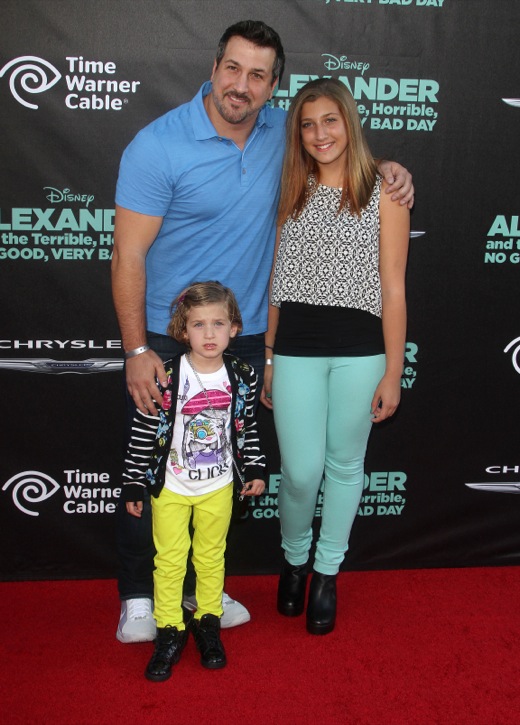 Joey Fatone attended the premiere of ALEXANDER and the Terrible Horrible, NO GOOD, VERY BAD DAY with his daughters Kloey Alexandra and Briahna Joely at El Capitan Theatre in Hollywood, California on Monday (Oct. 6).

The ‘N Sync singer was dressed in a blue polo shirt and jeans with sneakers. He beamed while he and his daughter happily posed for pictures before attending the screening of the Disney movie.

In the summer, Fatone opened up about being a father.

“They’re doing great, it’s crazy they’re not so little anymore,” he told Wetpaint Entertainment. “I never thought I would have a teenager, but I do, and I’ll be doing it again soon when the other one turns 13.”

Fatone is married to Kelly Baldwin. They married in 2004 after 10 years of dating on and off.

Ali Larter Dresses Up her Bump While Shopping

Angelina Jolie: I Feel in Contact With My Mother When I Look at My Children