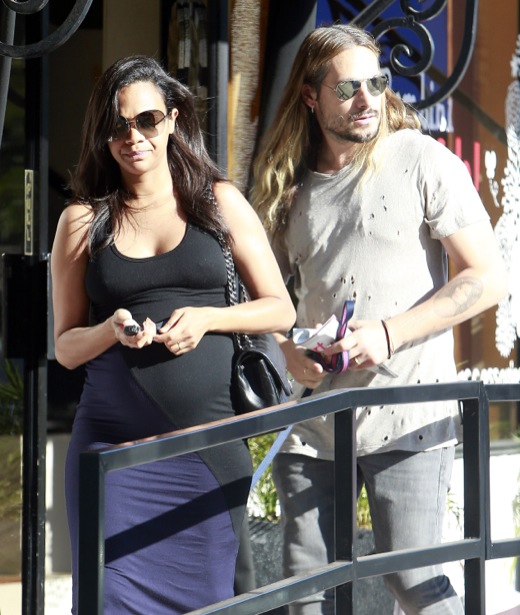 Zoe Saldana and her husband Marco Perego were spotted doing some baby shopping at the trendy bel Bambini boutique in West Hollywood, CA on Friday (Sept. 12).

The Guardians Of The Galaxy actress showed off her growing baby bump in a black and navy maternity dress. She completed her look with dark shades, a Chanel purse and black flats.

Britney Spears accidentally revealed that Zoe is pregnant with twins while being interviewed by Entertainment Tonight.

“Who knows? That’s a very good idea. But she’s pregnant with twins right now. So I’m sure she’s got a huge future ahead of her,”  the singer told when asked if she would do a Crossroads sequel with co-star and close pal Saldana.

The twins will be the first children for Saldana and Perego.

They couple secretly married last year in the UK.