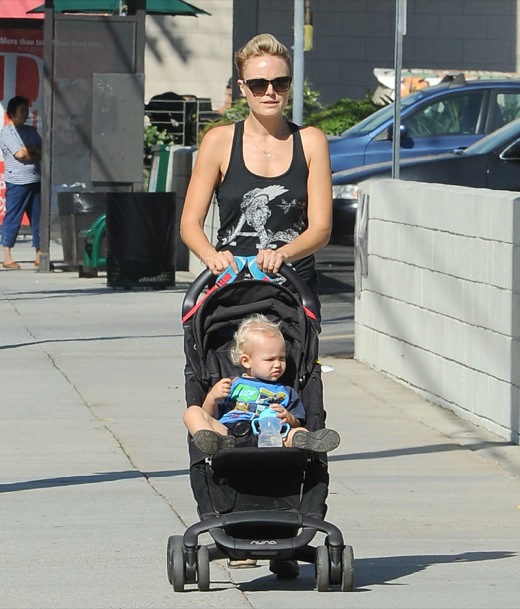 Malin Akerman was photographed taking her son Sebastian for a morning stroll  in Los Feliz, CA on Friday (Sept. 12).

The Trophy Wife actress was dressed in a black tank, grey jean shorts and boots. She completed her rocker chic look with by    slicking back her shaved pixie cut.

It was recently announced that Akerman will be reprising her role as Juna alongside Lisa Kudrow’s Valerie Cherish when HBO’s The Comeback airs in the fall.  It will be the first time the show has aired in 10 years.

Meanwhile, the Canadian actress is currently filming The Ticket.