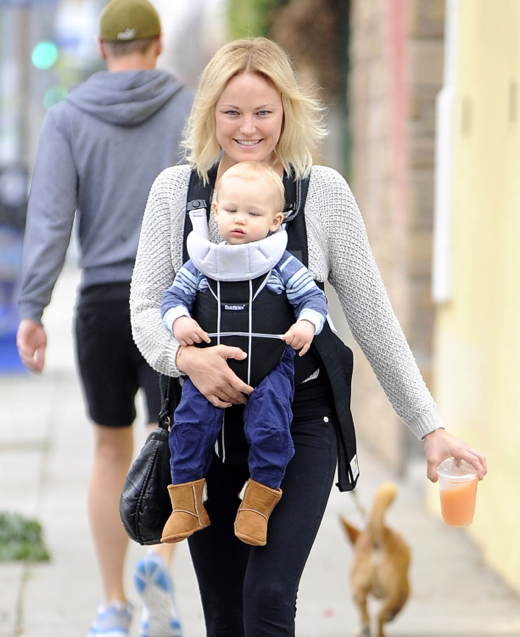 Malin Akerman was photographed grabbing a juice while out for a walk with her son Sebastian in Los Feliz, CA on Tuesday (March 25).

The Trophy Wife actress was dressed in a knit sweater and black skinny jeans with hightop sneakers. She smiled happily as she baby wore her son.

Akerman recently revealed that motherhood is everything she expecting and more.

Akerman and her ex-husband Roberto Zincone who is also father to her son announced their ‘amicable’ separation on November 26.

Jessica Alba Poses With Honor at the Berlin Wall