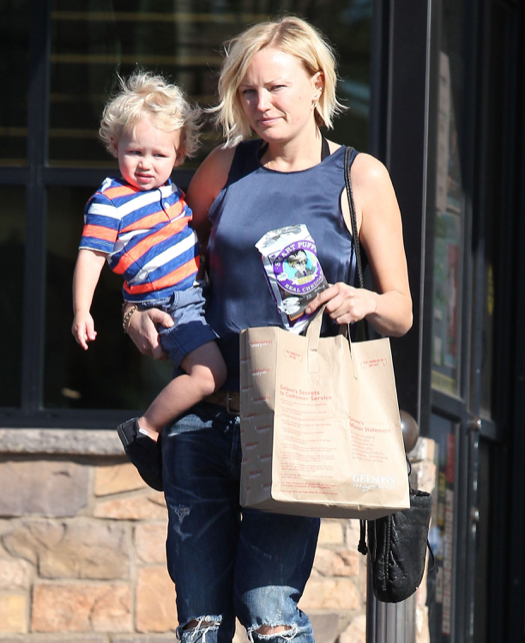 The Ticket actress wore a blue blouse with ripped boyfriend jeans. She carried the youngster who was excited to munch on a small bag of chips they had picked up at the store.

Last year, Akerman revealed that motherhood is everything she expecting and more.

Zoe Saldana Takes a Hike With the Whole Family