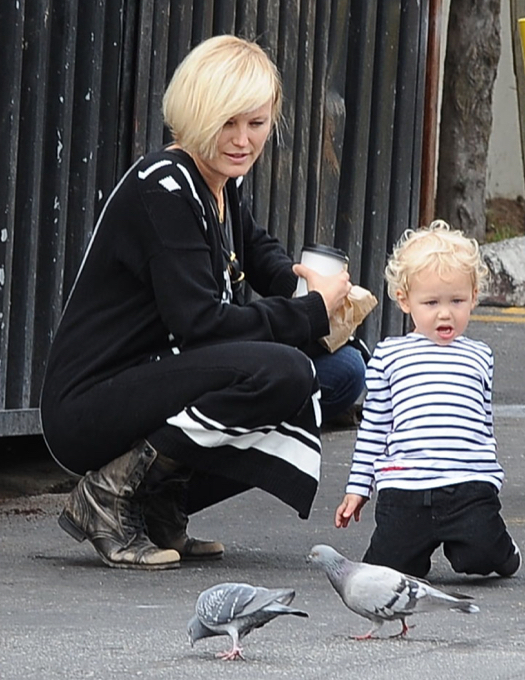 Malin Akerman was spotted enjoying a day out with her mom and son Sebastian in Los Feliz, CA on Thursday (Jan. 29).

The Sin City Saints actress was dressed in a long cardigan with a vintage t-shirt, jeans and boots. She picked up coffee at a pastry shop before feeding some hungry pigeons with the youngster.

During a SiriusXM chat with Howard Stern earlier in the month, Akerman’s co-star Tom Arnold praised her for being such a good mom after her surprise breakup with ex-husband Roberto Zincone.

“She’s a single mom. Her deal—and I probably shouldn’t talk about her—but…I have so much respect for her. She is such an amazing woman. You know, her husband, they’re together 10 years, they have a baby, [and] four months in, he’s like, ‘I’m done.’ So, she not only pays him alimony to take care of this guy, but I watched her as a mother, and I was like, ‘This is the most inspiring woman. I’m not gonna complain about anything in my life.’ Because she is incredible,” the actor told. “She is an inspiration.”

Akerman and Zincone married in June 2007. They welcomed their son in April 2013 and broke up in November 2013.

David Beckham: I’ve Become a Taxi Driver For My Kids