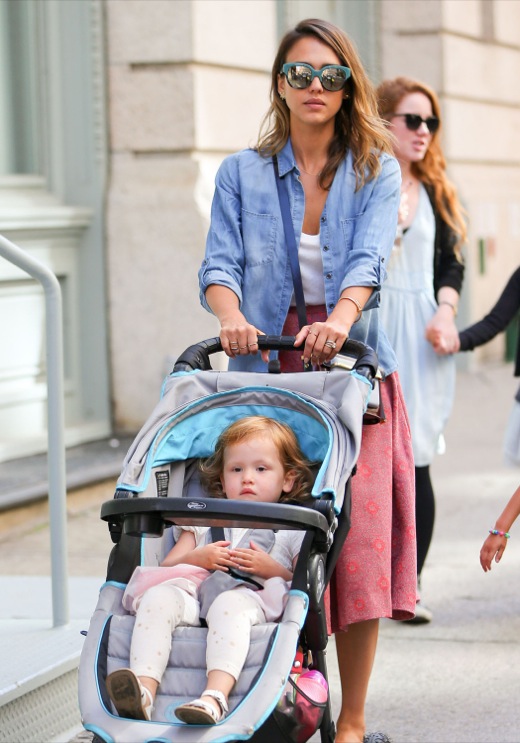 Jessica Alba was seen taking a stroll with her daughters Honor and Haven in New York City on Friday (Sept 12).

The Sin City actress was dressed in a jean blouse, a white tank and a pink skirt. She pushed Haven in a stroller while Honor walked behind with their friends.

“My teens and my 20s I just wasn’t sure of myself and I was always kind of insecure and I always felt I needed to apologize for myself,” The Honest Company co-founder told. “After I became, first of all, 30 and being a mom of two, I just sort of came into myself as a woman and now I have a company.”

According to the Wall Street Journal, her eco-friendly company is set to make $150 million this year.