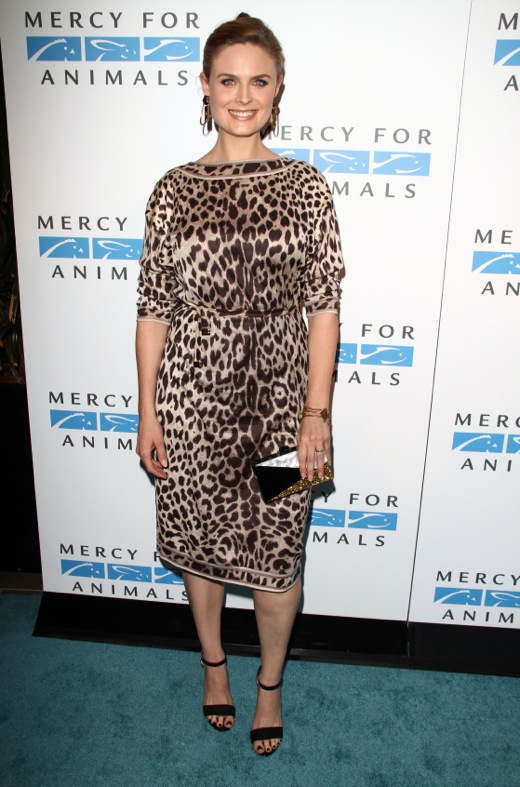 Emily Deschanel who has been a vegan for 21 years reveals that her husband David Hornsby and their son Henry also follow the same lifestyle.

“He’s 99 percent vegan. My husband’s not 100 percent vegan so sometimes he eats some eggs with him, but I try to make sure [they’re] coming from my friend’s eggs,” the Bones actress explained to People at the Mercy For Animals 15th Anniversary Gala in West Hollywood on Friday night.  “But most of the time he’s 99 percent vegan.”

Deschanel insists special occasions like her sons upcoming third birthday are still fun as a vegan.

Despite not having family pets, she takes her son to interact with animals frequently.

“I just took him to  Farm Sanctuary a couple of weeks ago, where he got to spend time with pigs, cows, sheep, goats and chickens,” shared Deschanel, adding she tries to bring her son there to “[let] him see that they have their own personalities and they are individual creatures. They feel emotions and pain just like a dog or a cat.”