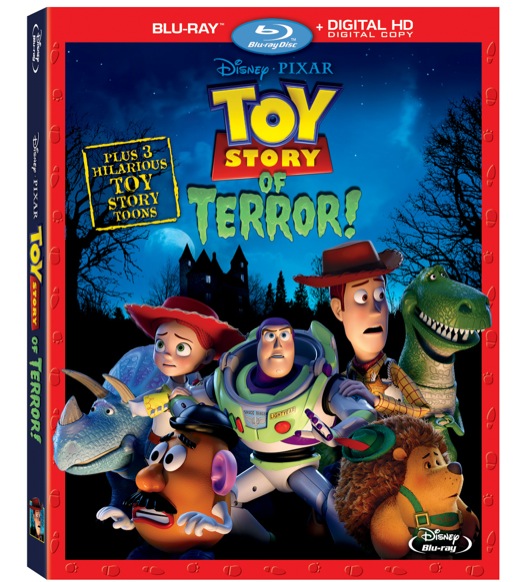 Our favorite toy friends from Disney’s Toy Story are reunited for a terrorific Halloween special!

Released on Blu-Ray for the first time for in home entertainment, Toy Store of Terror picks up after the events of the blockbuster smash Toy Story 3. A fun road trip for the gang takes an unexpected turn for the worse when the trip detours to a roadside motel. After one of the toys goes missing, the others find themselves caught up in a mysterious sequence of events that must be solved before they all suffer the same fate.

I’m really glad Disney Studios released this special, which originally aired on TV in 2013 on Blu-Ray/DVD!  Halloween is a fun time for kids, but their isn’t a whole lot of Halloween films or specials for kids to watch. What parent is going to get in the Halloween spirit by watching Psycho with their kids? That’s why Toy Story of Terror is a perfect movie for families to watch together. It’s great for all ages and it’s not all that spooky.

Toy Story of Terror is a a great follow-up film to the other Toy Store adventures. The animation from Pixar is also outstanding and it’s nice that the voices of all the characters are the same. 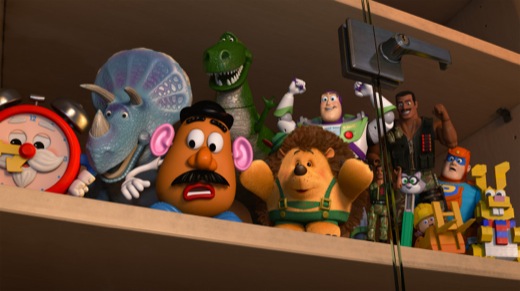