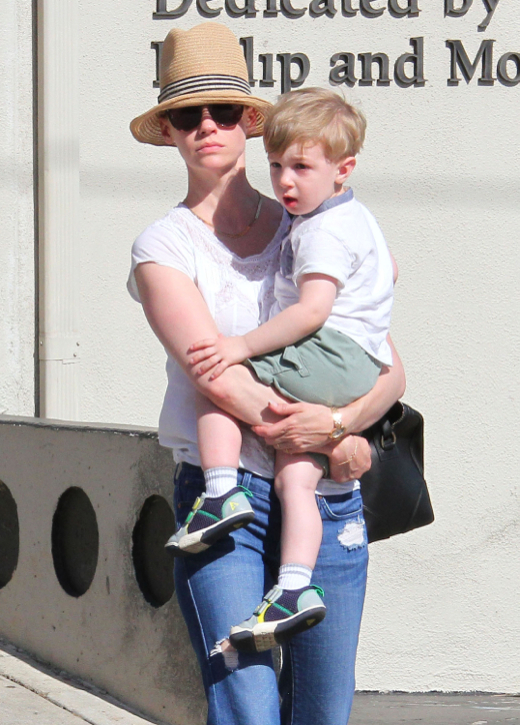 January Jones and her son Xander are spotted out and about in Los Angeles, California on Tuesday (May 13).

The Mad Men actress was dressed in a white t-shirt and wide legs jeans with sandals. She walked alongside Xander and his nanny.

Jones and Xander will be making a move in the near future! Jones recently put her Los Feliz home on the market at $1.495 million.

The gated Mediterranean was built in 1923 and sits on a modest 6,500-square-foot lot. Among features are hardwood floors, a living room fireplace, French doors, a front patio, a breakfast area, three bedrooms, three bathrooms and a service entrance.

Apparently, the star has bought another home in Topanga for $1.7 million.