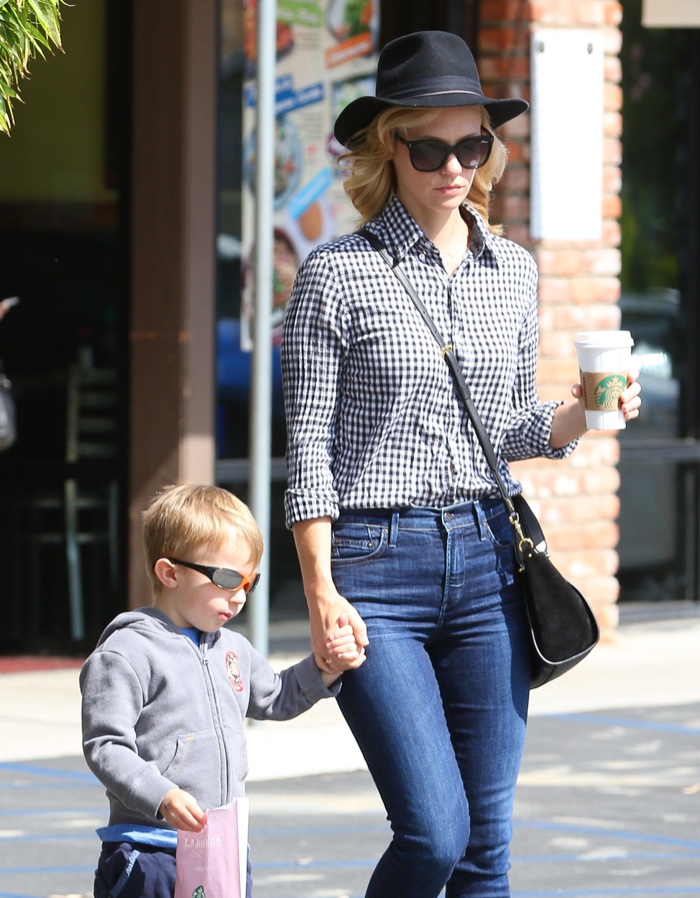 January Jones was seen making a morning stop at Starbucks with her son Xander in Los Angeles, CA on Tuesday (May 19).

The Mad Men actress was dressed in a checkered blouse, jeans and a black hat paired with a matching handbag. She held the youngsters hand who wore dark shades while carrying a treat from the coffee shop.

Jones recently revealed that becoming a mother has made her a better woman.

“I’ve become a better person and becoming a mother has opened up a whole new world to me,” she told the UK version of OK! magazine.. “I feel I’ve become a better friend, too. When you do a TV show for so long you live in a bubble, so I’ve learned to value real relationships. I’ve been blessed, I have no complaints really.”

Jones hit show Mad Men had its series finale this past Sunday after eight seasons.

Make Memories in the Kitchen This Summer Without Baking!