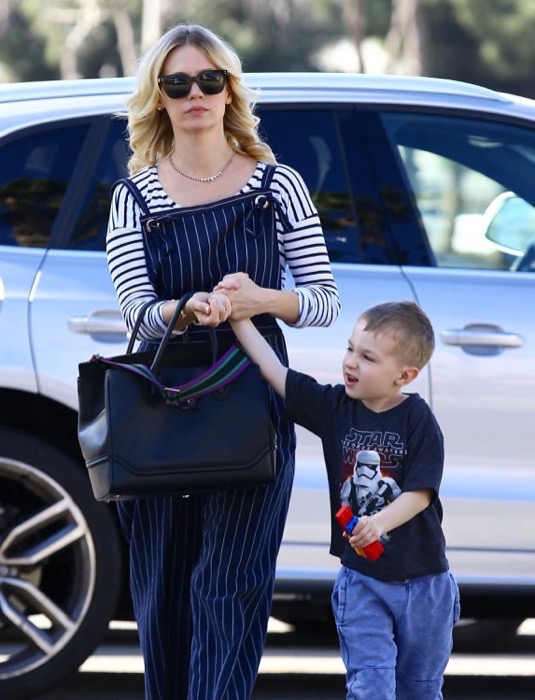 January Jones was photographed taking her son Xander to see a movie at AMC Theaters in Canoga Park, CA on Saturday (Feb. 13).

The Last Man on Earth actress was dressed in striped overalls with a matching sweater and sandals. The youngster wore a Star Wars shirt and jeans.

Last year, Jones revealed that becoming a mother has made her a better woman.

“I’ve become a better person and becoming a mother has opened up a whole new world to me,” she told the UK version of OK! magazine.. “I feel I’ve become a better friend, too. When you do a TV show for so long you live in a bubble, so I’ve learned to value real relationships. I’ve been blessed, I have no complaints really.”

Jones chose not to reveal the identity of her son’s father.  In the past, she has said it is a private matter and that the father knows who is he.