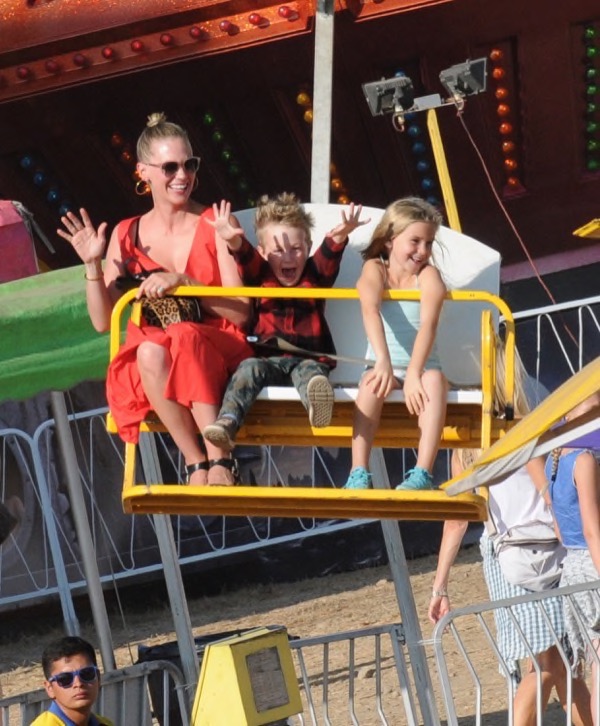 January Jones and her son Xander enjoyed a day at the Malibu Chili Cook-Off and Carnival in Malibu, CA on Sunday (Sept. 4).

The Last Man on Earth actress wore a red dress with sandals while enjoying an amusement ride with the youngster. The family munched on pickles and cotton candy while at the carnival.

Last year, Jones revealed she is not in a rush to get married and his happy raising her son as single mother.

“I think when I was younger I was keen on having marriage, kids and all that. But as I got into my late twenties and early thirties, all my ideals shifted and having a document to prove love wasn’t really important to me. It’s the relationships that were important, and I still think that way. I mean, if someone came along and was obsessed with marrying me, I would think about that. But growing up, all my family was married and never really got divorced, so marriage was a big deal, it was something you definitely did, so it’s not that I’m afraid of it. I just don’t need the tax write-off,” she told Marie Claire U.K.

The Mad Men actress welcomed her son in Sept 2011.

She has chose to keep the identity of the father secret from the public.