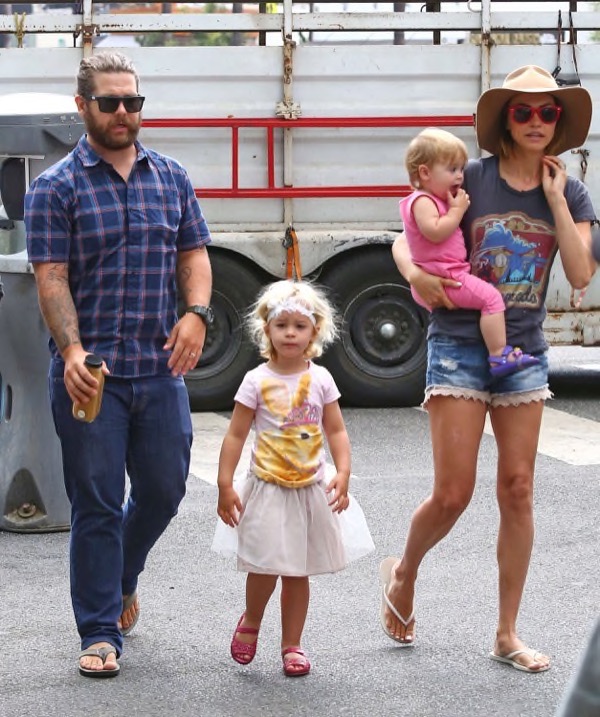 Jack Osbourne, his wife Lisa and their two children Pearl & Andy spent the morning at the Farmer’s Market in Studio City, CA on Sunday (Sept. 4).

The reality star was dressed casually in a checkered dress shirt and blue jeans with grey sandals. He carried a healthy drink while the family browsed the stalls and various offerings.

Osbourne recently opened up about his parents Sharon and Ozzy Osbourne‘s trouble marriage.

“Whatever happens my parents are still my parents. You just kind of support what you can and focus on whatever you can get done,” he is quoted as saying by Contact Music. “You know, they’re trying to rein it in. They’ve been together for so long and this isn’t their first rodeo. They don’t have this picture-perfect marriage, and they’ve never claimed to, so they’re just trying to figure it out, I guess.”

The media personality and his wife married in Hawaii on 7 October 2012.

In June 2012, Osbourne announced that he had been diagnosed with relapsing-remitting multiple sclerosis.