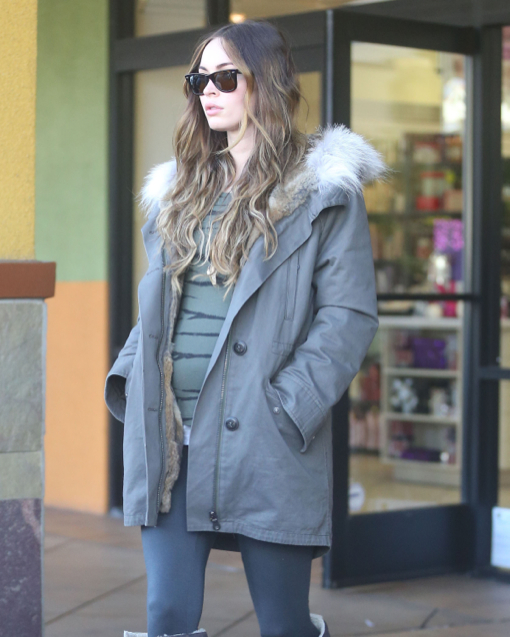 The pregnant actress wore an army jacket with a firm trim and a green top that showed off a hint of her growing bump. She accessorized her look with dark shades, tights and fur boots.

Fox claims her second pregnancy is going better than her first.

“For the most part, I would say it’s been a lot easier,” the mom to 1-year-old Noah Shannon said. “I think that could have a lot to do with the fact that I already have a baby, so I’m so distracted taking care of him, that I don’t really have time to sit and lament on the fact that I’m pregnant or indulge my pregnancy.”

The couple announced they were expecting their second child in August.