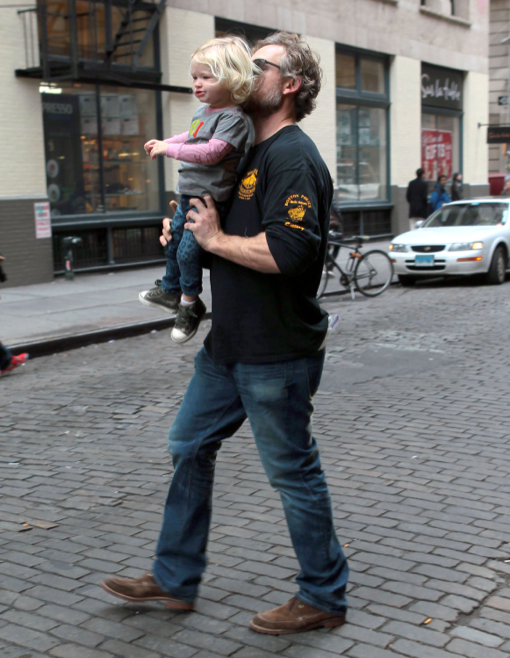 The former NFL player was dressed casually in a black shirt and jean while holding the toddler as the paparazzi took their pictures.

At the 27th Annual Footwear News Achievement Awards on Dec. 3, Simpson told how, like most moms out there, she “didn’t know everything that was going to go into it’ before having a child.

“I now look at all moms as superheroes,” the singer told E! News. “We are incredible, powerful women.”

Simpson is set to resume her role as a Weight Watchers spokesperson after losing the baby weight from her second pregnancy.