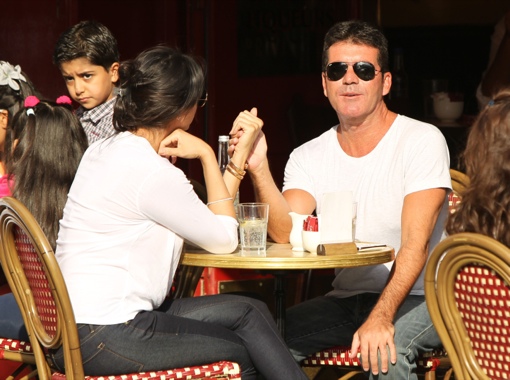 Simon Cowell and his pregnant girlfriend Lauren Silverman were spotted enjoying lunch together in London, England on Wednesday (Aug. 28).

Fresh of a sun vacation in St. Tropez, the parent-to-be affectionately held hand while waiting for their meals to arrive. Cowell happily for pictures with a couple of fans.

The X Factor judge is reportedly planning to name his future bundle of joy Eric or Erica, in a tribute to his late father.

“If it’s a boy, Simon wants to call him Eric and if it’s a girl, Erica. His dad meant the world to him and Simon feels the name would be a fitting tribute,” a source told The Daily Star. “Lauren likes it as it’s unusual in America, and quite stylish too. She also feels Erica’s a cool name for a girl.”