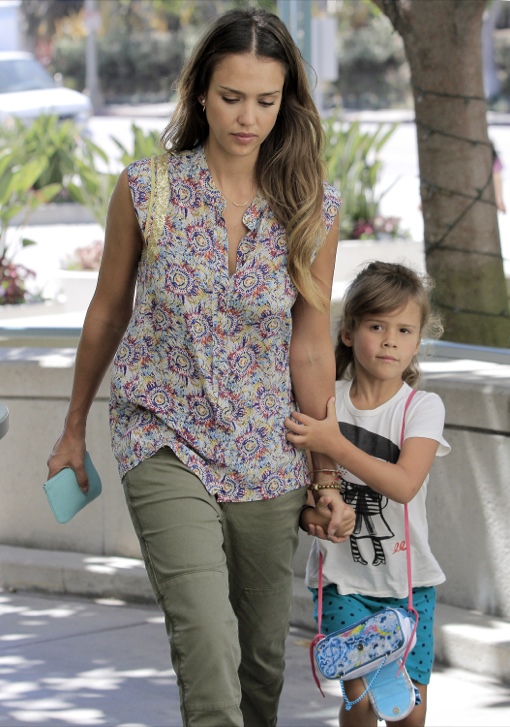 Jessica Alba took her daughter Honor to work at her office in Santa Monica, CA on Tuesday (Aug. 27).

Dressed in a sleeve-less blouse and army green khaki pants, Alba held the hand of her daughter while walking to the headquarters of her eco-friendly brand The Honest Company. The 5-year-old wore a Marc Jacobs t-shirt and Gap skirt with a cute little purse.

The actress is set to star in Barely Lethal alongside Hailee Steinfeld and  Samuel L. Jackson.

The action films centres on a teenage assassin (Steinfeld) who fakes her death to get away from her employers and starts a new life in the suburbs as a high school student. However, former associate Victoria Knox (Alba) suspects something is not quite right and goes on a mission to hunt down the young protagonist.

Alba also reprises her role as Nancy Callahan in Sin City: A Dame to Kill For which is set to hit theatres in 2014.