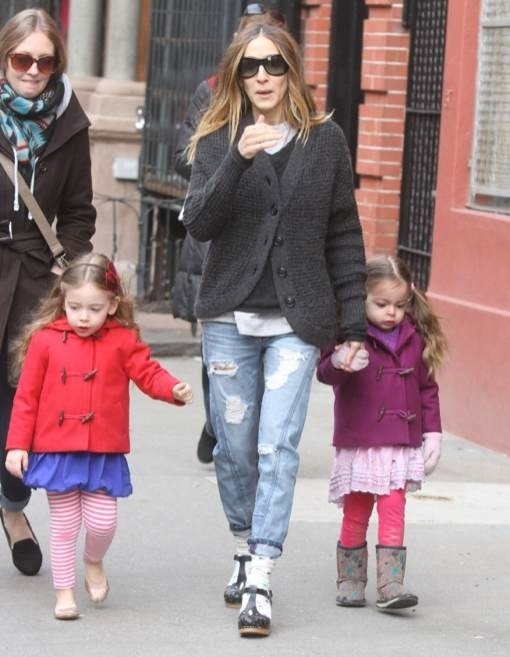 Sarah Jessica Parker‘s 4-year-old twins, Loretta and Tabitha are not into watching cartoons on TV, but reading books.

“They like lots and lots of books,” the Sex and the City actress told Us Weekly.

Parker reveals that their current favorite is Maurice Sendak‘s Outside Over There that is about a young girl who rescues her baby sister after the child is stolen by goblins.

“We just read it,” Parker told.“It’s an unusual children’s book, and they were so so engaged.”

Besides books her children, including 10-year-old James love to draw.

“I don’t go anywhere without a pen and paper for them,” says the wife of Matthew Broderick. “My children love to draw and could be amused by that for hours.”

How do you keeps your children stimulated?