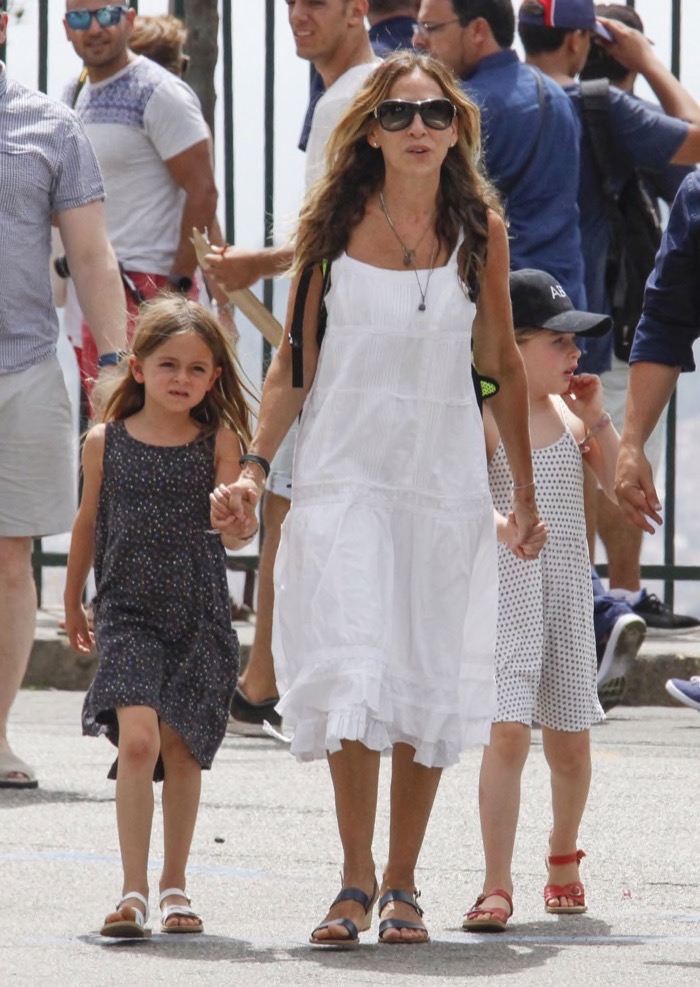 The Sex and the City actress was dressed in a flowing white dress and sandals while enjoying the park attractions. The family stopped at a gift shop before picking up some local produce.

Parker recently spoke of her mother and the influence she had over her success.

“I can think of no one who has made a stronger impression or has been more influential than my own mother. My mother was industrious, motivated, ambitious and dedicated to a full and rich life for us that had little to do with money and much to do with books, music, culture, curiosity and imagination. She instilled in us a sort of resilience and independence that I rely upon everyday in my grown up life,” she revealed in May after being honoured at 38th Annual Outstanding Mother Awards luncheon ceremony in New York City.

Parker and Broderick have been married since 1997.