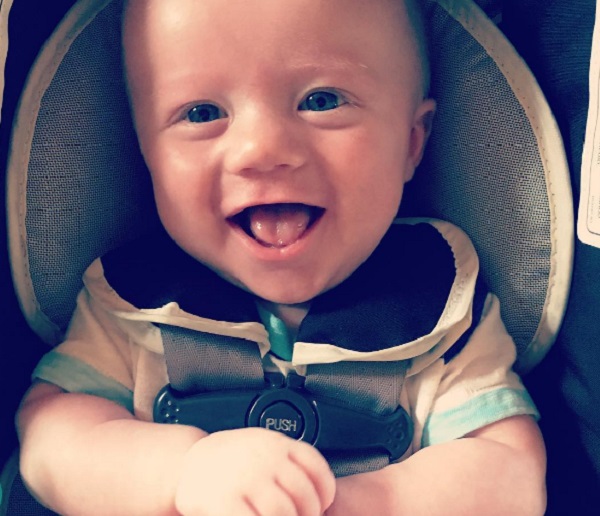 Country music singer Kelly Clarkson shared an adorable photo of her happy 3 month old baby Remington on Instagram this week.  In the photo, Remington (aka Remy) is all smiles, you never would have guessed that he just got some shots at the doctor!

Remmington’s proud mom Kelly Clarkson captioned the photo, “This pic was literally taken right after #remy got a shot today #wemakeunicornbabies #RemyBaintworried.”  Seriously, how cute is he?!

The singer and former American Idol winner and her husband Brandon Blackstock (who also happened to be the son of her manager Narvel Blackstock) were married in 2013.  Brandon and Kelly’s first child, a beautiful baby girl named River Rose Blackstock, was born in 2014.  Then, baby Remington Alexander came along in April 2016.

Kelly Clarkson recently announced on Twitter that she is heading back to work after taking a brief maternity leave and she has meetings this week with her record label.

After she learned she was pregnant last year with baby Remy, Clarkson sat down with Elle Magazine and discussed her busy life as a mom and musician.  Kelly dished to Elle, “I just want to be the best mom ever and I just want to be successful at being a wife.  Always be loving and supporting. It’s all very selfless…I’ve had my whole gypsy mentality for years now. I think when you have a baby you want to do everything you can in your power to make everything easy for them and magical.”