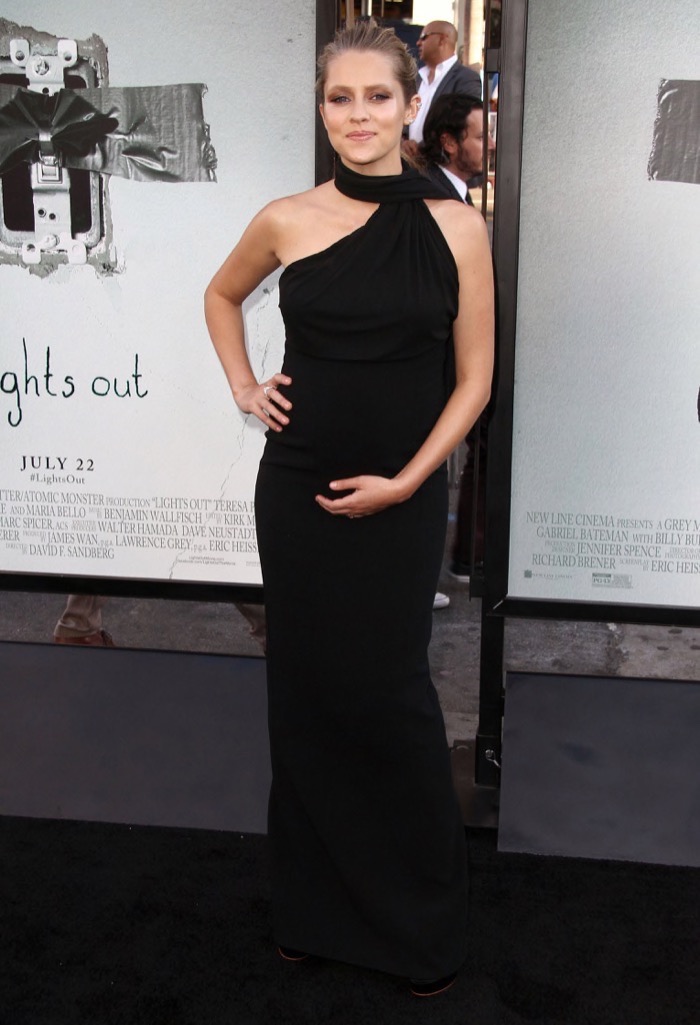 Teresa Palmer and her husband Mark Weber attended the Lights Out Premiere held at The TCL Chinese Theatre in Hollywood, CA on Tuesday (July 19).

The Triple 9 actress showed off her growing baby bump in a black asymmetric gown and platform heels. She cupped her bump and posed alongside her husband for the picture-taking press.

Palmer recently revealed that she has no plans to stop nursing her 2-year-old son, Bodhi.

“It’s strange to me to think that we now fall under the ‘extended breast-feeding’ label. He still seems like such a baby to me and is still very dependent on me for so many things,” the Your Zen Mama blogger wrote earlier in the month.  “But having his boobies is certainly his favorite activity and I assume it will be for much longer.”

Palmer and Webber welcomed their son in February 2014.