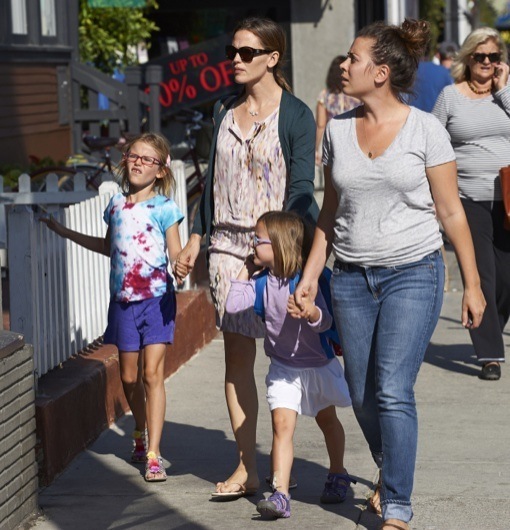 Jennifer Garner was photographed enjoying a girls day with her daughter Violet and Seraphina in Venice, California on Wednesday (Aug. 7).

The trio were joined by a friend as they took their time shopping.  Later, they headed to a pizza restaurant for lunch.

Max Mara has its first celebrity spokesperson, and it’s actress Jennifer has signed up to be the face of the fashion house Max Mara. She will be in ads featuring Max Mara fashion-and-accessories.

“I like the size of the JBag,” the actress said in a Max Mara press release. “I like that it’s big enough to carry anything you want to stuff in there, but it’s small enough that you won’t lose your keys!”

The ad campaign will make its debut in September in magazines such as Vogue, Harper’s Bazaar, Elle, W and InStyle.