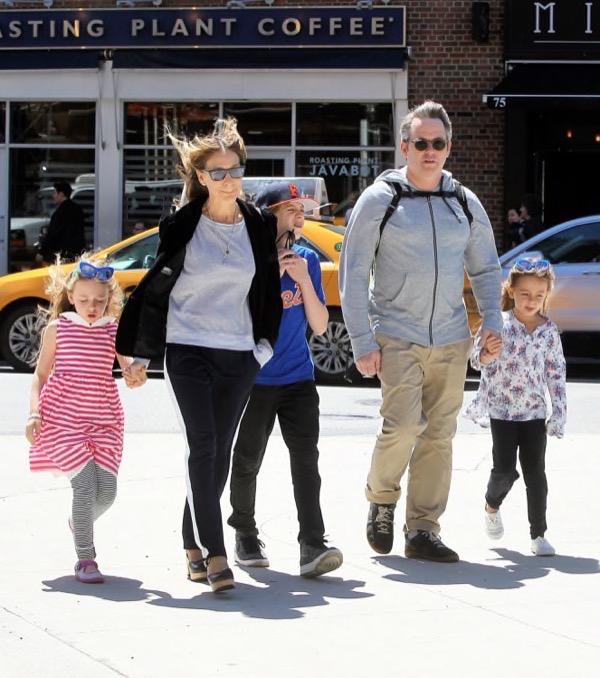 Sarah Jessica Parker and her family were photographed out and about for Mother’s Day in New York City on Sunday (May 8).

The Sex & The City actress was dressed in a black dress jacket, sweater and white lined pants. She held the hand of Loretta while walking through the city. Her eldest son James walked besides her while her daughter Tabitha held hands with her husband Matthew Broderick.

Parker recently spoke of her own mother and the influence she had over her success.

“I can think of no one who has made a stronger impression or has been more influential than my own mother. My mother was industrious, motivated, ambitious and dedicated to a full and rich life for us that had little to do with money and much to do with books, music, culture, curiosity and imagination. She instilled in us a sort of resilience and independence that I rely upon everyday in my grown up life,” she revealed after being honoured at 38th Annual Outstanding Mother Awards luncheon ceremony in New York City.

Parker and Broderick have been married since 1997.