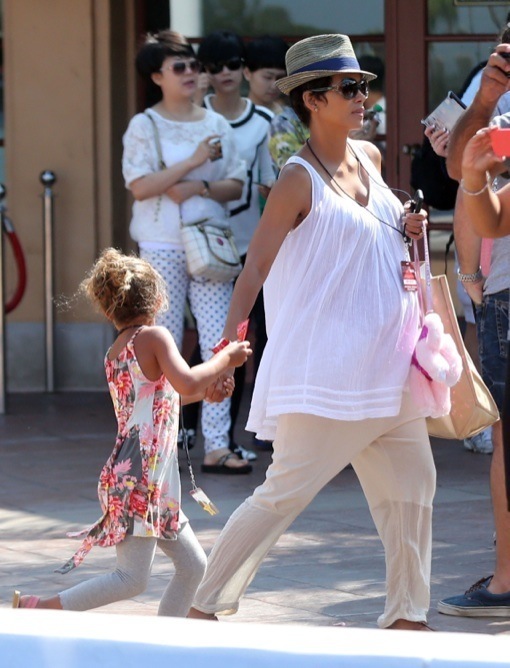 The pregnant actress wore a flowing white top and linen pants while holding her daughter’s hand. Nahla was dressed summery in a flowery top and grey tights.

Halle who reprises her role as Storm in the upcoming blockbuster X-Men: Days of Future Past, admits her surprise pregnancy posed a few challenges to the filmmakers.

“I wasn’t in [the movie] as much as I was meant to be,” the 46-year-old  told Total Film. “[Pregnancy] kind of colored what my involvement could be, which was why I was one of the first ones in and the first ones out.“

One obstacle was her changing figure.

“My ever-growing belly was posing a constant challenge!” she said. “What I could do was getting more limited, so the role I play is so different from what it could have been, due to my surprise pregnancy.”

The movie is scheduled to be released next spring.