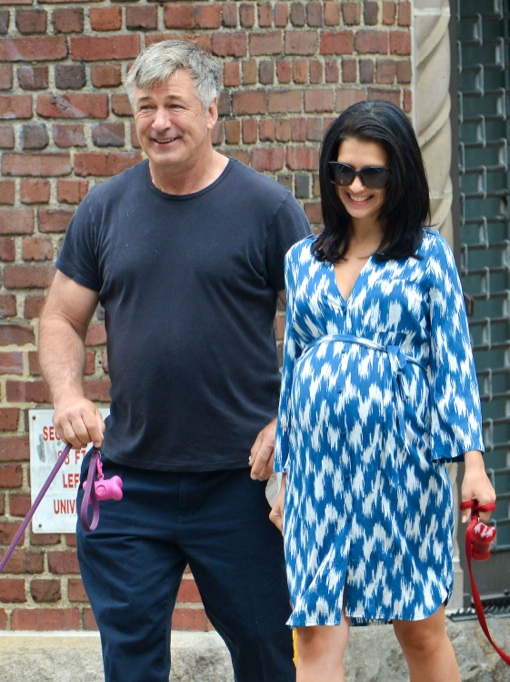 Alec Baldwin and his wife Hilaria were photographed taking their dogs for a walk in New York City on Sunday (Aug. 18).

The 30 Rock star was dressed in a navy t-shirt and khakis while walking next to his very pregnant wife. She wore a blue and white patterned wrap dress.

Hilaria recently told she and Baldwin have yet to choose a baby name, but want a name that reflects the baby’s American and Spanish heritage.

“We’re kicking it around. We want a name reflecting America as well as my family from Spain,” she told the New York Post.

Meanwhile, it is rumored the dad-to-be will be getting his own MSNBC primetime political show.